The Dance Festival Ground at Laura is the site of a very old traditional Bora ground and is a respected and sacred site to Aboriginal people. It is nestled amongst some of the oldest and most spectator rock art in the world. Recently the rock art of the area was awarded Queensland Icon status by the National Trust in recognition of its significance to the environmental and cultural landscape.

Known as a meeting ground for the communities of Cape York, the Laura Aboriginal Dance Festival is highly regarded by many Aboriginal people as a place where families meet new and old family members, make new acquaintances and exchange and pass on family histories. As well, many descendants of Aboriginal people whose people were removed from the area return every festival to learn of their culture and of their ancestry. Consequently the Laura Aboriginal Dance Festival is seen as a very important event in cultural retention.

The Festival enables the wider community to witness and gain insight into the uniqueness of Aboriginal culture. Festival spectators witness the story telling of Aboriginal culture through dance, language and art.  More information and bookings at http://www.lauradancefestival.com/index.php?option=com_content&view=article&id=3&Itemid=5 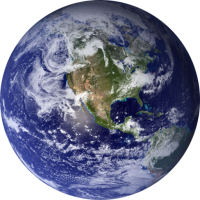 Exploring the intersection between Nature, the Goddess, art, and poetry as well as the practical work of priestessing.

The Lefthander's Path
dhamma for mama*

contemplations of a zen mom

40 ounces of bad karma, with 40 cents leftover. I'm wonderin' can I buy a quart of good luck?

A Seeker of Light

Trying to find it inside

Musings and Reviews of Metaphysical, New Age and Meaningful Writings